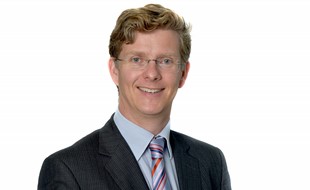 Buckinghamshire County Council is to urge the Government to halt HS2 works in the county after councillors unanimously backed a motion to call for a stop to the project.

An impassioned debate at last week’s county council meeting (Thursday, April 25) saw councillors from all parties speak in favour of the motion which was put forward by county councillor Charlie Clare (pictured) and seconded by councillor Angela Macpherson.

Cllr Clare put forward an emotional argument, speaking of the devastation the works are causing to local communities and the impact on the local environment, especially the destruction of hedgerows and wildlife habitats during nesting season.

He told the meeting: ‘Currently from the very south to the very north of the county there is disruption and damage being caused by HS2 under these Enabling Works. A quick tally of works listed on the HS2 community website indicates that there are around 80 such schemes throughout Buckinghamshire.

‘Many of these works bring irreversible damage to our environment and will leave the county scarred for generations. HS2 plan to rip out our rural heritage, despite not having shown the community or the government what they plan to build in their place. Nor have they shown the Treasury how much it will cost,’ he added.

Seconding the motion, Cllr Macpherson said: ‘We now hear that there is a six-month delay to the Notice to Proceed to release the next tranche of funding taking us to the end of the year. So surely it makes sense to, at the very least, postpone this local environmental destruction until that point.

‘Encouragingly there is renewed debate in government circles about the viability of the scheme with huge question marks over the spiralling costs and the already shaky business case. Chief Secretary to the Treasury, Liz Truss is also asking for a zero-based capital review and ex-Treasury minister Lord Macpherson is on record saying HS2 would fail a cost benefit analysis and warns the technology is likely to be outdated by the time it becomes fully operational.

‘We can but hope that government will come to its senses and recognise other priorities of far greater national importance.’

A number of councillors also addressed the meeting, speaking of a distressing impact on local people, businesses and the local environment, especially about works taking place during nesting season. The motion was then unanimously agreed across all parties.

Speaking after the meeting, county council Leader Martin Tett said: ‘I was honoured to support today’s motion and was moved to hear from so many colleagues about the devastating effect that HS2 is having in their communities.This ill-conceived project is impacting wildlife, livelihoods, and the mental health of our residents in the most shattering way.

‘Buckinghamshire County Council has a long and proud record of opposition to HS2 and we have been at the forefront of campaigning against it. We have always argued that the business case is fundamentally flawed and that there are better ways of spending this obscene amount of money.

He added: ‘We are at a critical junction now and I urge the Government to be radical, brave and right and to stop HS2 now.’

Aylesbury Vale and Chiltern District Councils have also agreed special motions to call on the Government to pause all current site work, with South Bucks District Council also agreeing to write to HS2 to express concerns.