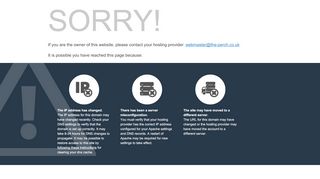 The Perch is one of Oxford’s oldest pubs and provides the perfect refuge for anyone who loves great food and drink – whether that’s the thirsty students, hungry walkers, exploring families, muddy dogs, or adventurous visitors.

The pub is laced in history and has been around for 800 years. In that time, the pub has been a favourite of some of Britain’s best poets and authors – this is the very place where Lewis Carroll first gave public readings of Alice in Wonderland. The Perch was also a frequent haunt of Inspector Morse as well as being established as one of the most influential venues in the British Jazz scene. As of Spring 2015, a full scale renovation was conducted to bring a traditional pub into the modern world; and ensure another 800 years of trading!

The Perch serves food which has a classic British farmhouse focus, allowing seasonality and quality of ingredients to lead their menus with dishes such as casseroles, river & sea fish and hedgerow desserts. The Perch update their drinks selection as often as their food menus, working closely with breweries of all sizes to bring a magnificent and ever-changing selection of ales, ciders and perrys, so there’s always something new to suit the season. The pub takes good drinks just as seriously as they take good food.

The Perch is only a few minutes’ walk from the Isis (Oxford’s stretch of the Thames) and Port Meadow; a historic common stretching from Jericho to Wolvercote. In the summer, the garden is the envy of the whole city; the 17th century plaster-rubble building with its traditional thatched roof could charm even the most seasoned pub-goers. Their unique and picturesque riverside location also gives the option of champagne boat arrivals. They can customise space to fit your plans and dreams and create the perfect day for you, your family and friends.

Their events reflect the seasons, just like the menus! The Perch host special nights dedicated to intriguing new dishes and ingredients because they love great food and love to share it! In the summer, they host many other events including their annual Beer and Cider festival, an outdoor movie night and the “All Tamara’s Parties” Festival. Since the Perch was an inspiration to Lewis Carroll, The Perch host a series of events every year in the lead up to Alice’s Day – July the 4th. The pub packs a lot in, because they don’t like to see a second of good sunlight (or moonlight) wasted. And let’s face it. It’s England. We know we aren’t going to get many!