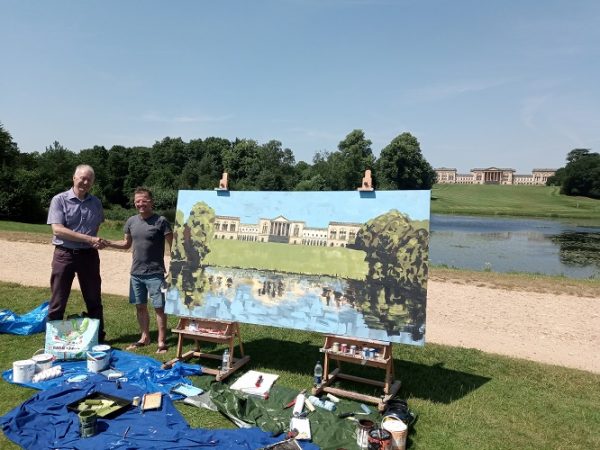 Now an established artist for 15 years, Shane supports many charities by creating artworks to raise funds, and as a youngster he was inspired by the late, great TV artist Tony Hart.

He contacted Tony’s daughter Carolyn, of Winslow, not only to pay homage to the man who presented such programmes for the BBC as Vision On, Take Hart and Hart Beat, but also to see if there was a local charity she supported which might benefit from a painting.

Enlisting the help of her husband Martyn, a volunteer guide at Stowe, permissions were given and arrangements made for Shane to create one of his big, fast artworks to capture the fabulous neoclassical architecture of the building.

On a blazing morning towards the end of July, an 8×4 ft plywood board mounted on two sturdy easels was coated in white emulsion and then, rapidly wielding rollers and brushes in true Tony Hart style, Shane applied paint in hues of green, blue and rich sand to create a strong image of Stowe House in less than three hours.

The finished artwork was then formally handed over to Stowe House Preservation Trust’s CEO Nick Morris (see picture above) who plans to arrange for it to be auctioned or sold to raise funds to go towards the ongoing restoration of the house. In the meantime, visitors to Stowe will be able to see the artwork on display in the Visitors’ Centre.

Carolyn said: ‘It was great to spend the morning watching Shane work. It makes me so proud when people tell me they have made a career as artists, graphic designers, illustrators or art teachers because they were inspired by my dad’s programmes.’ 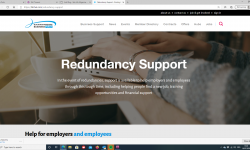 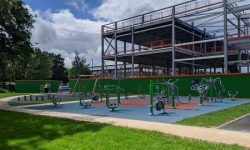 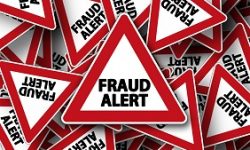 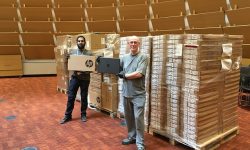